Plovdiv region is recognized as a leading destination for industrial investments. The city and the region have a strong potential to maintain rapid and sustainable economic growth. The development of the region is not only due to the demographic realities of the second most important city in Bulgaria but also the expected change in the economic profile and the investment image of Plovdiv, from destination for "outsourcing" labor-intensive processes to an investment destination for industrial-innovative activities. Industrial projects can be secured with a highly skilled workforce. The population of Plovdiv is 367,000 people, and of Plovdiv Region - 680,000 people. 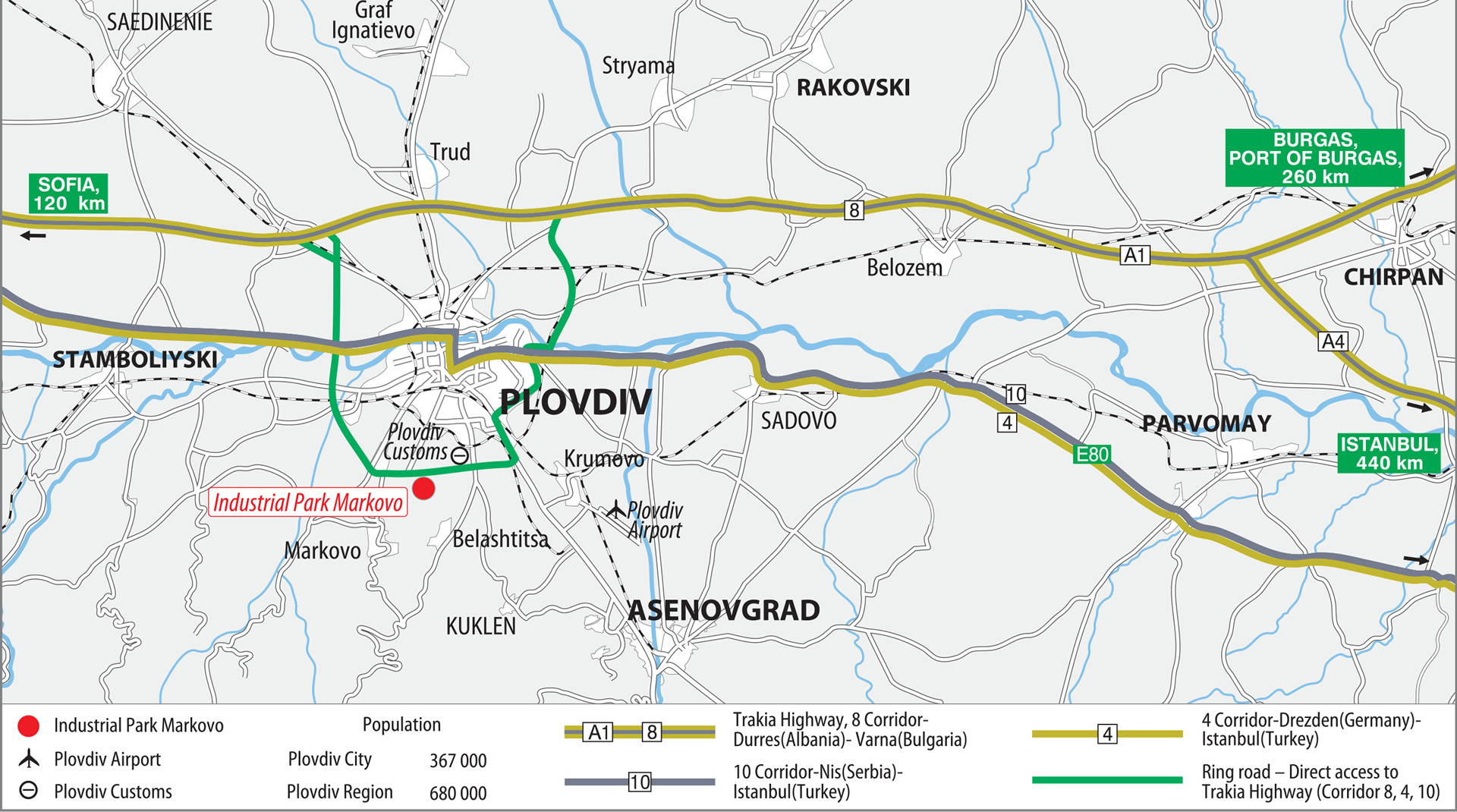 Located on the Balkan Peninsula, Bulgaria occupies a strategic geographical position between Europe and Asia. A member of the EU since 2007, the country marks steady GDP growth, low inflation and stable macroeconomic environment. The largest foreign investments come from EU members and flow into three main sectors: real estate, finance and industry. Bulgaria’s population is 7.4 million and is highly urbanized with 73% living in urban areas.

Why Bulgaria is your investment destination?
STABLE MACROECONOMIC ENVIRONMENT

STRATEGIC LOCATION
Located at the heart of the Balkans, Bulgaria is a strategic logistics hub. Ease of transportation is provided by five Pan-European corridors (IV, VII, VIII, IX, X), which pass through Bulgaria. The country has four major airports, many sea and river ports.